On November 2, 2017 the 22nd International Conference and Exhibition “Oil and Gas of Turkmenistan-2017” (OGT-2017) has been opened in an Exhibition Center of the Chamber of Commerce and Industry. The forum was organized by the State Concern “Turkmennebit” and the Chamber of Commerce and Industry of Turkmenistan. The oil and gas forum was attended by scientists and experts, representatives of the government bodies and authoritative organizations, leading world fuel and energy companies and sec...

Festival horse ride took place at the International Ahalteke Equestrian Complex under the celebrations of the 26th anniversary of the independence of Turkmenistan. As per tradition, President Gurbanguly Berdimuhamedov paid the visit to the complex on this day.  The members of the Government, leaders of the Mejlis, military and law enforcement agencies, ministries and departments, hyakims of the velayats and Ashgabat, ambassadors of Turkmenistan to foreign counties, heads of diplomatic mission... 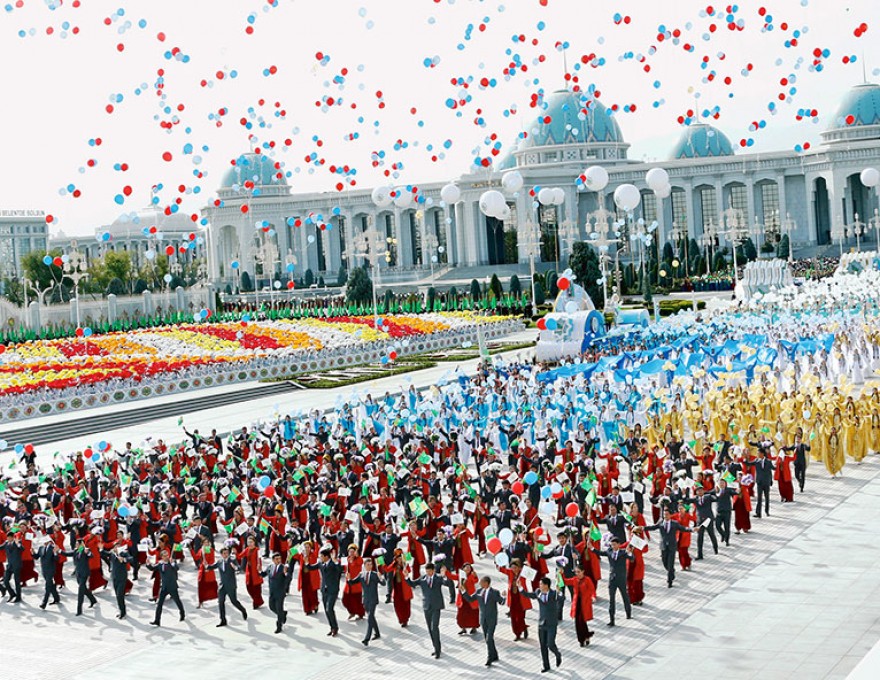 Thousands of citizens of the Turkmen capital, hundreds of guests to Ashgabat from all regions of our country and foreign states gathered together at the festively decorated main square of Ashgabat early in the morning. The cabinet ministers, heads of Mejlis, ministries and departments, public organisations, hyakims of velayats and Ashgabat, diplomats, the representatives of foreign delegations, who arrived in Ashgabat to take part in the festivities on occasion of the main holiday of our country... 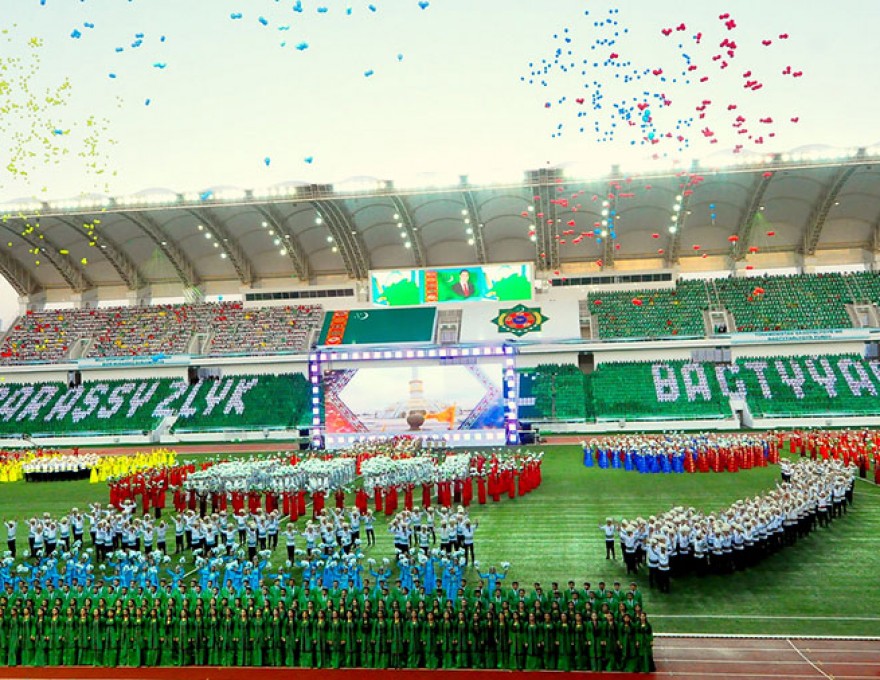 The multi-purpose “Ashgabat” Stadium has hosted a great celebration to mark the country’s national holiday, Independence Day, which the people of Turkmenistan hold most dear.  In the evening, Cabinet Deputies Chairman, Mejlis leaders and deputies, honorary elders, heads of the diplomatic missions accredited to our country, ambassadors of Turkmenistan to foreign countries, representatives of public organizations, the media, and the youth gathered to watch the show.  The performers lined up... 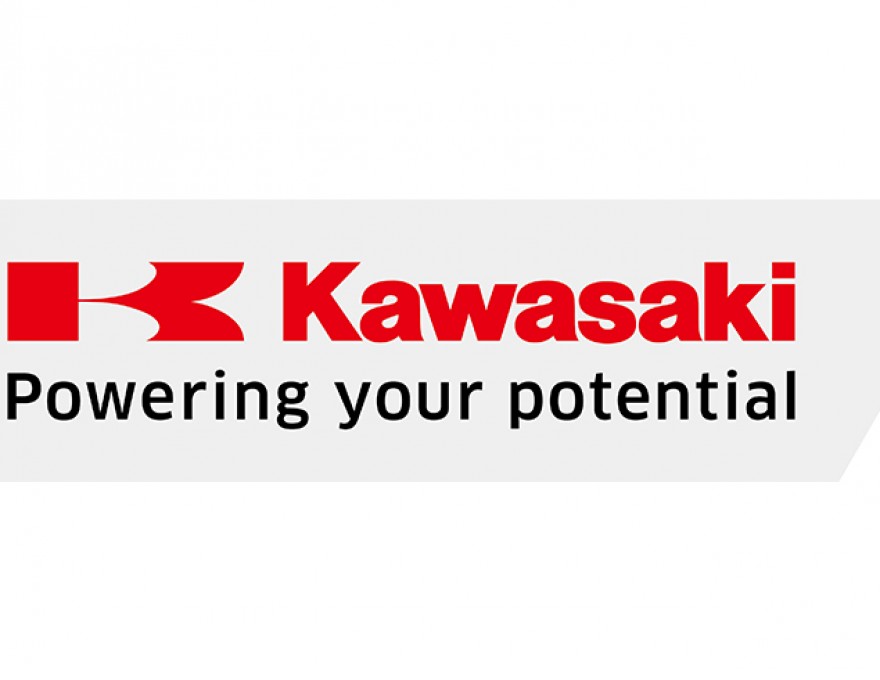 President of Turkmenistan Gurbanguly Berdymuhamedov has received Managing Director and President of Plant & Infrastructure of Kawasaki Heavy Industries Ltd., Tatsuya Watanabe.  Appreciative of the personal audience, the guest congratulated the head of state on the 26th anniversary of our country’s independence. The businessman highlighted that he shares the great joy with the people of Turkmenistan, who are like the people of Japan deeply respect and preserve their national traditions and spi... 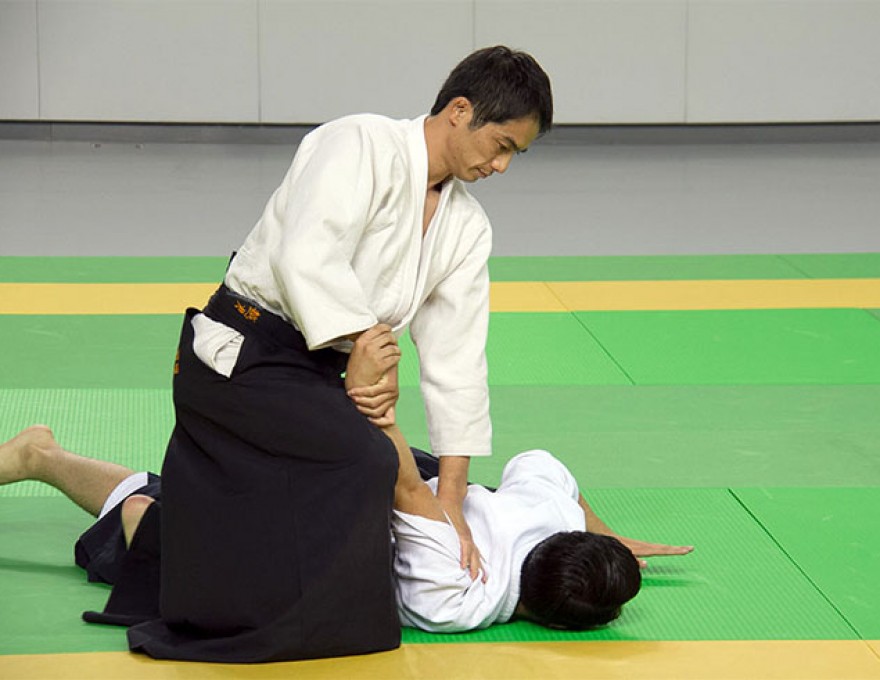 At the Olympic village complex of martial arts took place aikido exhibition performance hold by Japanese sensei, the bearer of VI dan Yuji Horikoshi.  The foreign mentor demonstrated during the colorful show not only skills of hand to hand fight but also weapons arts – bokken (special sword), jo (wooden stick) and tanto (knife). Sharpen and effective motions caused battery of applause at numerous audience. Amazing were quick reaction, plastic arts and beauty of performance. There was a feelin...

President of Turkmenistan Gurbanguly Berdimuhamedov took part in the opening ceremony of new cottage complex built under the 15th phase of urban construction. Under the storm of applauses, the head of the State cut symbolical ribbon opening new large living estate. Celebration performances made by the culture and art masters have been expanded in front of the houses. The Head of the State looked at new facilities following along the street. Anyone can see the celebrations in every new h...