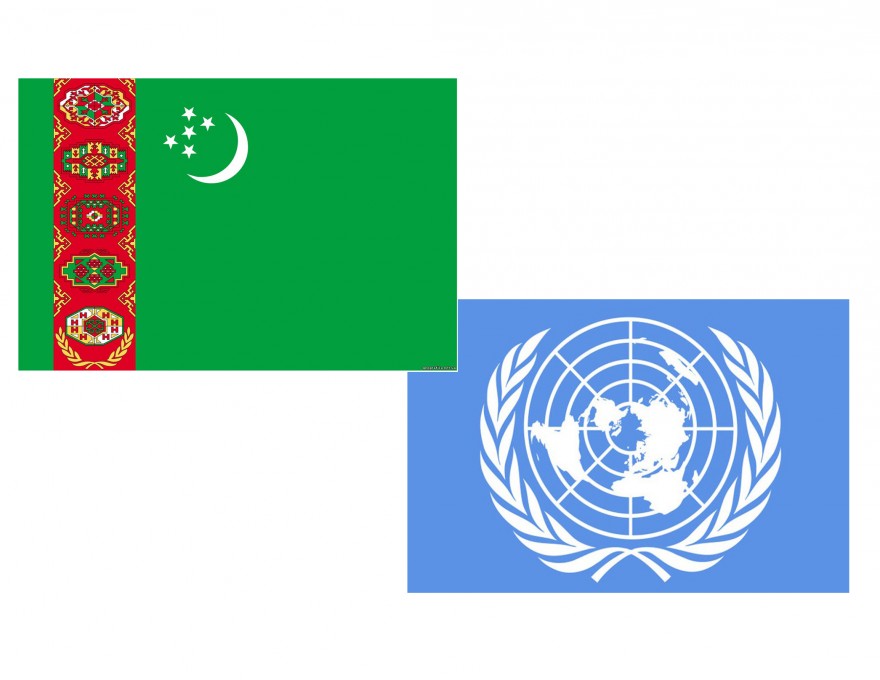 The Ashgabat Declaration adopted at the 28th session of the Energy Charter Conference held on 28-29 November 2017 in Ashgabat in the framework of Turkmenistan's chairmanship in the Organization was circulated as the document of the seventy-second session of the General Assembly of the United Nations under the item 19 (i) of the agenda. 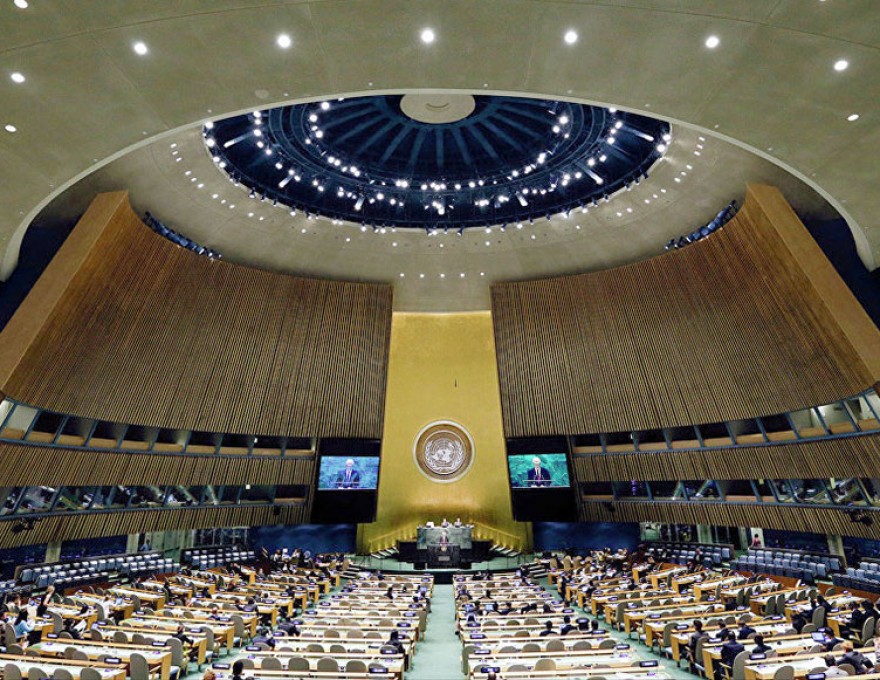 On December 20, 2017, at the 74th meeting of the 72nd session of the United Nations General Assembly, the resolution "Strengthening the links between all modes of transport to achieve the Sustainable Development goals" submitted by Turkmenistan was unanimously adopted. The co-authors of the resolution were 74 states. The resolution also reaffirmed the commitment to enhancing the role of sustainable transport and mobility in creating jobs, promoting mobility and improving the efficiency of log... 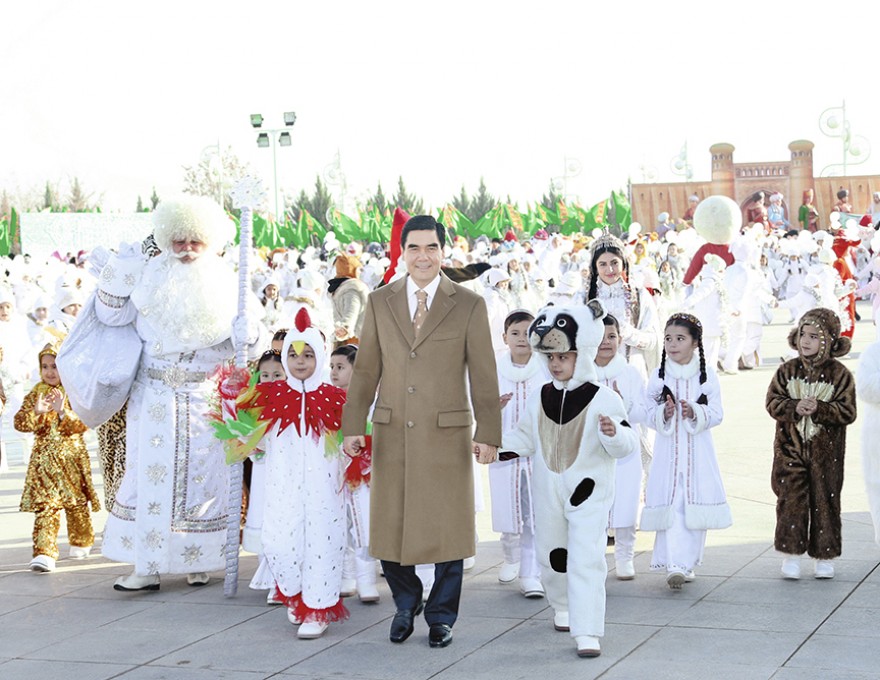 President Gurbanguly Berdimuhamedov took part in the celebrations at the New Year tree, having shared the joy of coming holiday with the children as well as in the opening ceremony of Vepaly sculpture in the Olympic village. First, the President went to the unique sport complex of the capital where the Head of the State was met by the Chairperson of the Mejlis, Deputy Chairmen of the Cabinet of Ministers, heads of military and law enforcement agencies and the Hyakim of Ashgabat. The Head o... 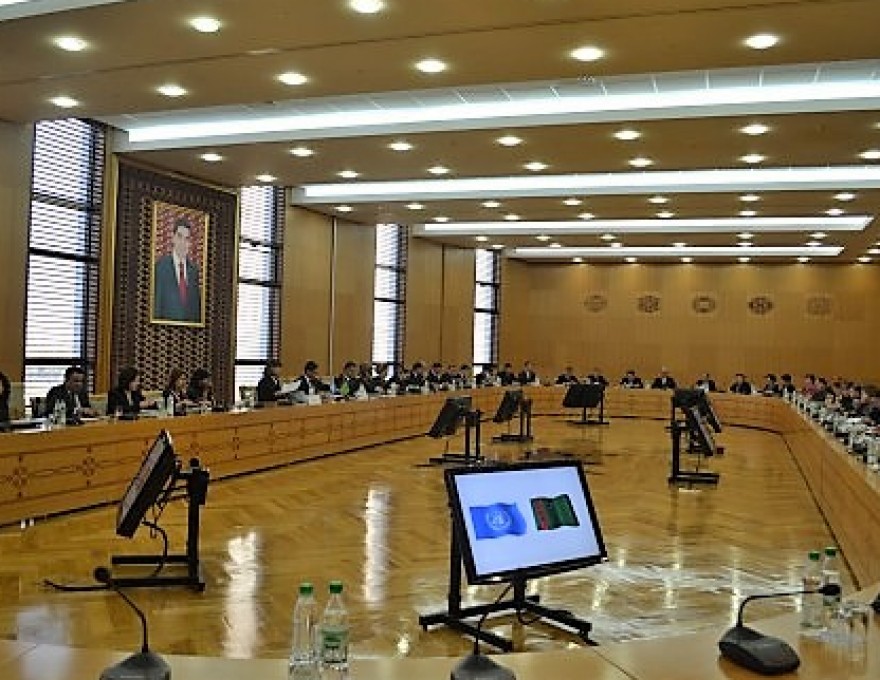 On December 19, 2017 in the premises of the Ministry of Foreign Affairs of Turkmenistan the meeting of the National Steering and Coordinating Committee (NRCC) of the Partnership for Development Framework Program for 2016-2020 was held. Heads and representatives of the United Nations Permanent Mission, the United Nations Development Program, UNICEF, WHO, UNFPA, accredited in Turkmenistan, as well as deputies of the Mejlis of Turkmenistan, representatives of the ministries and departments, as w...

The main New Year tree of the country switched on the lights, having announced on the arrival of New Year, long awaited and the most favourite holiday.  Grandiose ceremony with the participation of thousands of young and adult Turkmenistan citizens and the guests of our country took place at the square in front of Älem Cultural and Entertainment Centre where the tallest and most beautiful New Year tree was placed. According to good tradition initiated by President Gurbanguly Berdimuhamedov, t... 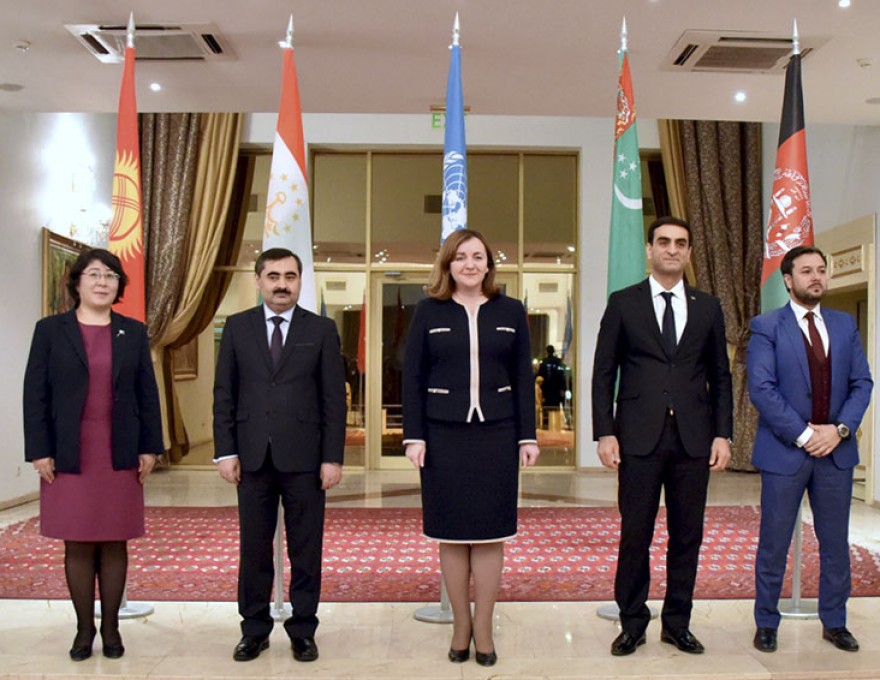 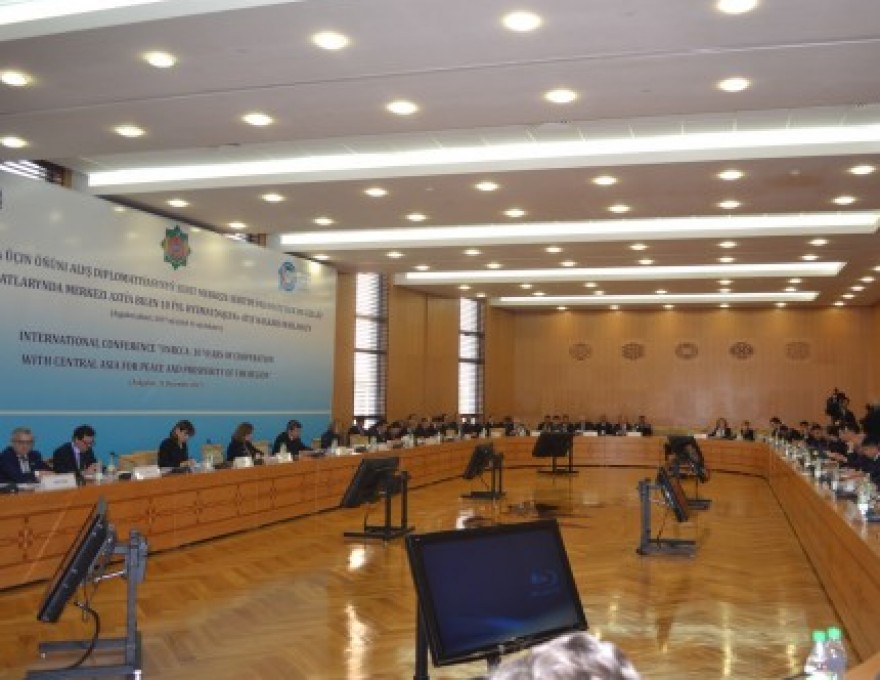 INTERNATIONAL CONFERENCE "UN REGIONAL CENTER FOR PREVENTIVE DIPLOMACY FOR CENTRAL ASIA: 10 YEARS OF COOPERATION WITH CENTRAL ASIA FOR PEACE AND PROSPERITY OF THE REGION"HELD AT THE MFA OF TURKMENISTAN

On December 11, 2017, the International Conference "The UN Regional Center for Preventive Diplomacy for Central Asia: 10 Years of Cooperation with Central Asia for Peace and Prosperity of the Region" was held at the Ministry of Foreign Affairs of Turkmenistan on the occasion of the 10th anniversary of the opening of the Center. Heads of diplomatic missions of foreign countries and representatives of international organizations accredited in Turkmenistan, officers of the diplomatic service of...