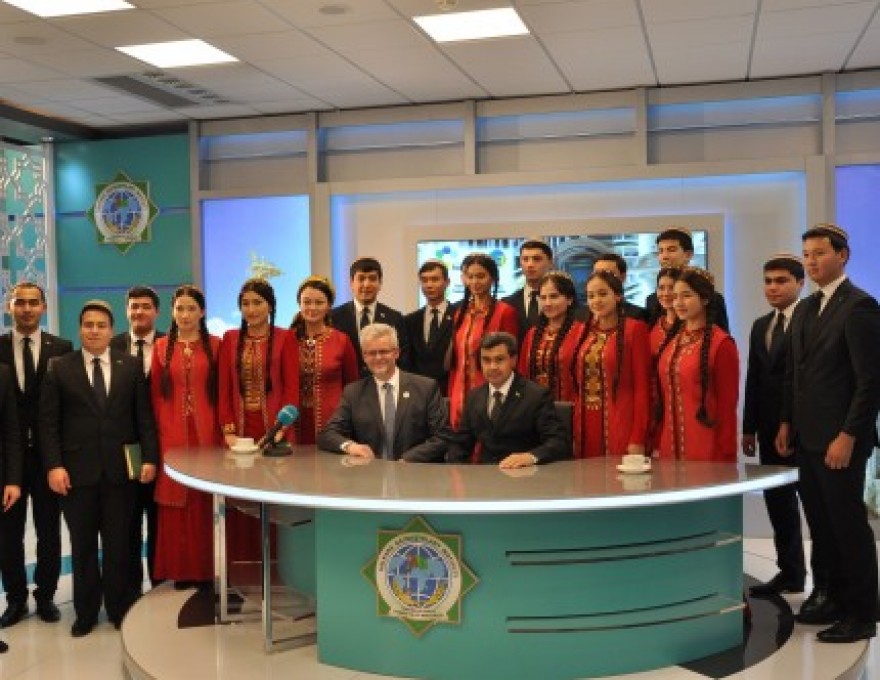 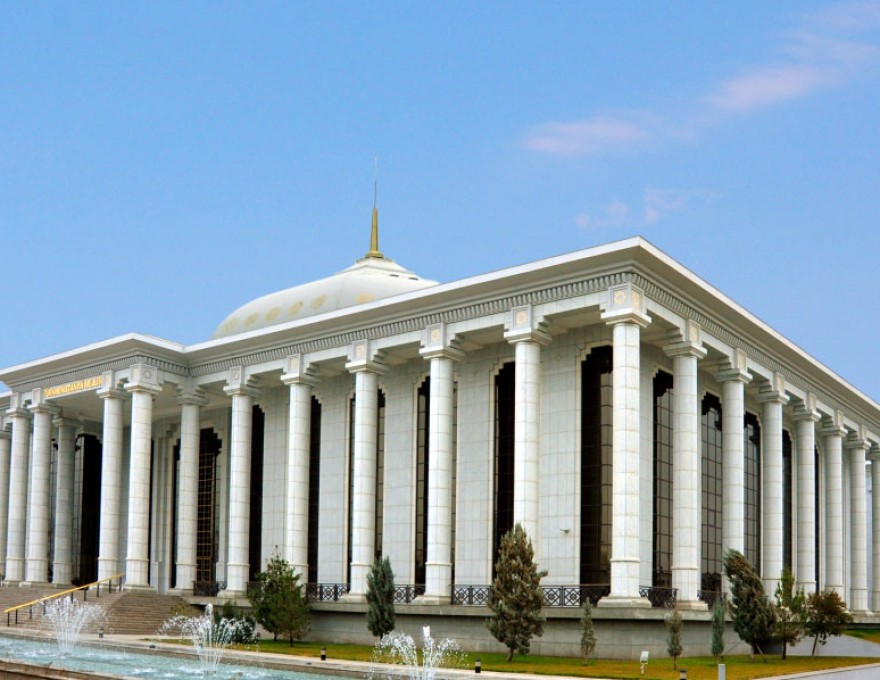 The Mejlis of Turkmenistan adopts the State Budget for 2018

Today, Turkmenistan revives its significance as the key link of the Great Silk Road, which used to run across the territory of our country, President Gurbanguly Berdimuhamedov said during his visit to Automobile Sport Centre. New feature of this historical route that became the phenomenon of human civilization, is embodied not only in trade and economic relations of the states but in their cultural dialog, humanitarian contacts and sports as well. Ashgabat 2017 Games that were held in Ashgabat a... 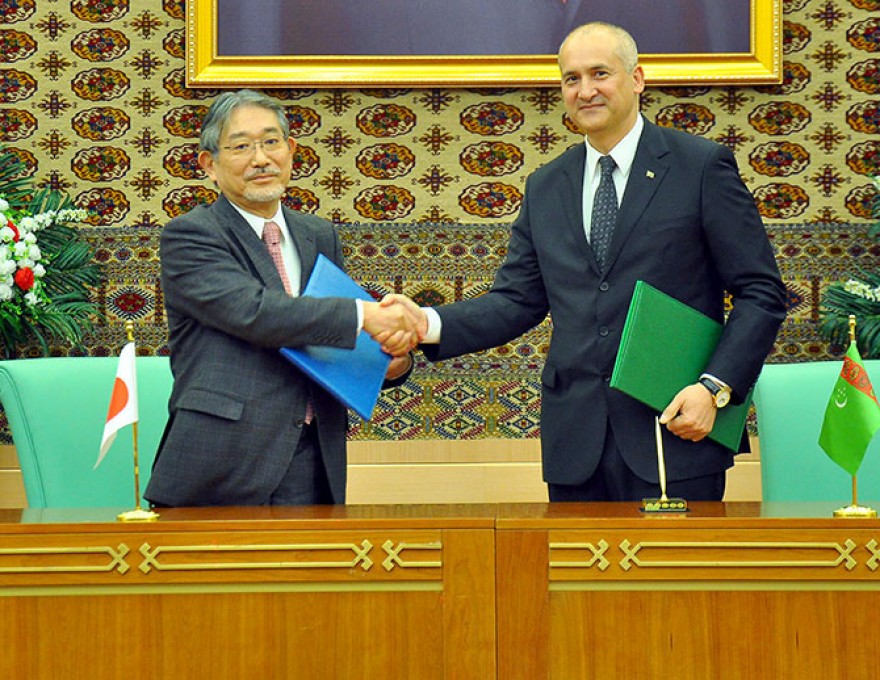 On November 21, 2017, the International University for the Humanities and Development (IUHD) held a meeting with the President of the Tokyo University of Foreign Studies Hirotaka Tateishi and Vice-President Sukero Ito who arrived to Ashgabat as part of the Japanese delegation. This visit of Japanese colleagues to our country is aimed at further development of the bilateral partnership in higher education. During the current meeting, a lecture course was conducted for students and teachers of...

MESSAGE FOR THE MEDIA

Today, on November 18, 2017, a meeting was held at the Ministry of Foreign Affairs of Turkmenistan in the course of which the results of the 7th Regional Economic Cooperation Conference on Afghanistan (RECCA VII) held in Ashgabat on November 14-15 were summed up, as well as plans to continue the planned work to promote the peaceful development of Afghanistan and build a mutually beneficial regional economic partnership were discussed. As noted, the forum was attended by delegations from 37 co... 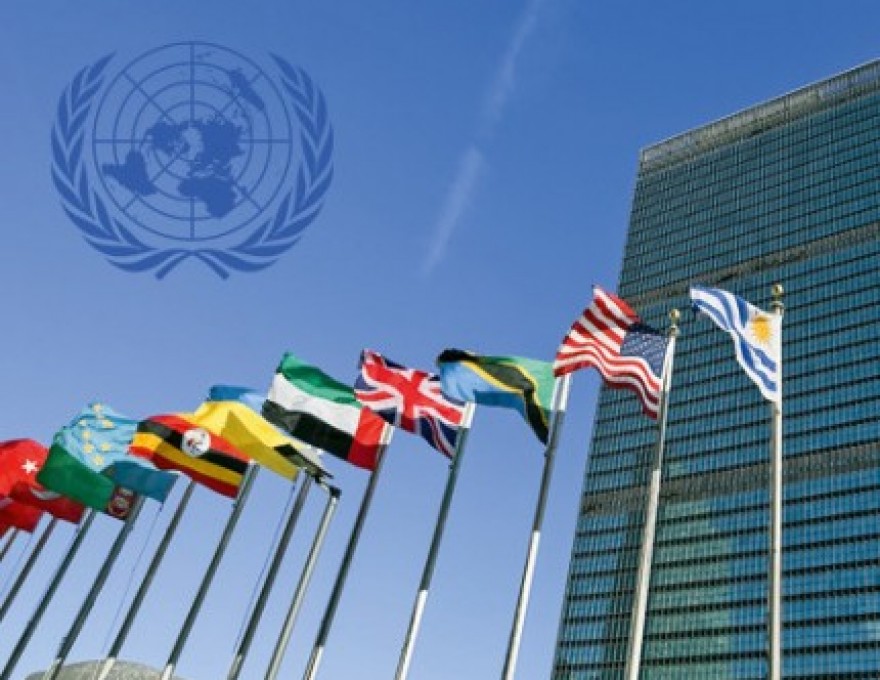 The United Nations General Assembly adopted on November 17, 2017, the resolution "The Role of the UN Regional Center for Preventive Diplomacy for Central Asia", submitted by Turkmenistan. 57 countries have co-sponsored the resolution. The resolution welcomes the Center's efforts to strengthen dialogue among the countries of the region in addressing issues of common concern. In the course of introduction of the draft text at the General Assembly meeting, it was stressed that for ten yea... 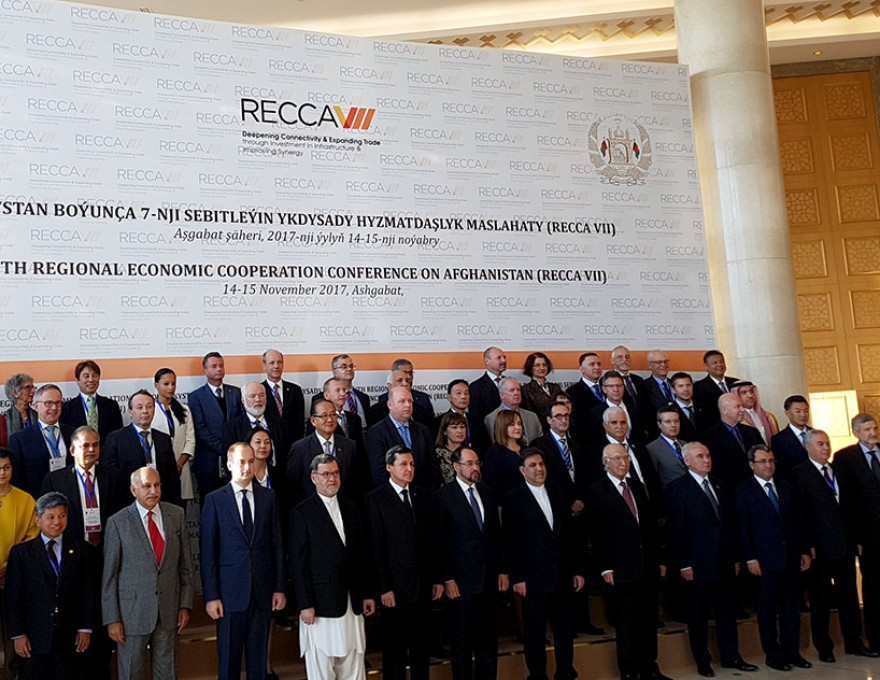 On November 15, 2017, the ministerial meeting of the 7th Conference of Regional Economic Cooperation for Afghanistan (RECCA VII) was held in Ashgabat, aimed at further consolidating the common efforts to develop mutually agreed approaches to resolving pressing issues of the Afghan problem, promote the peaceful revival and development of Afghanistan and, in general, promotion of economic integration on a regional and interregional scale. Representatives of thirty-six foreign states representin...